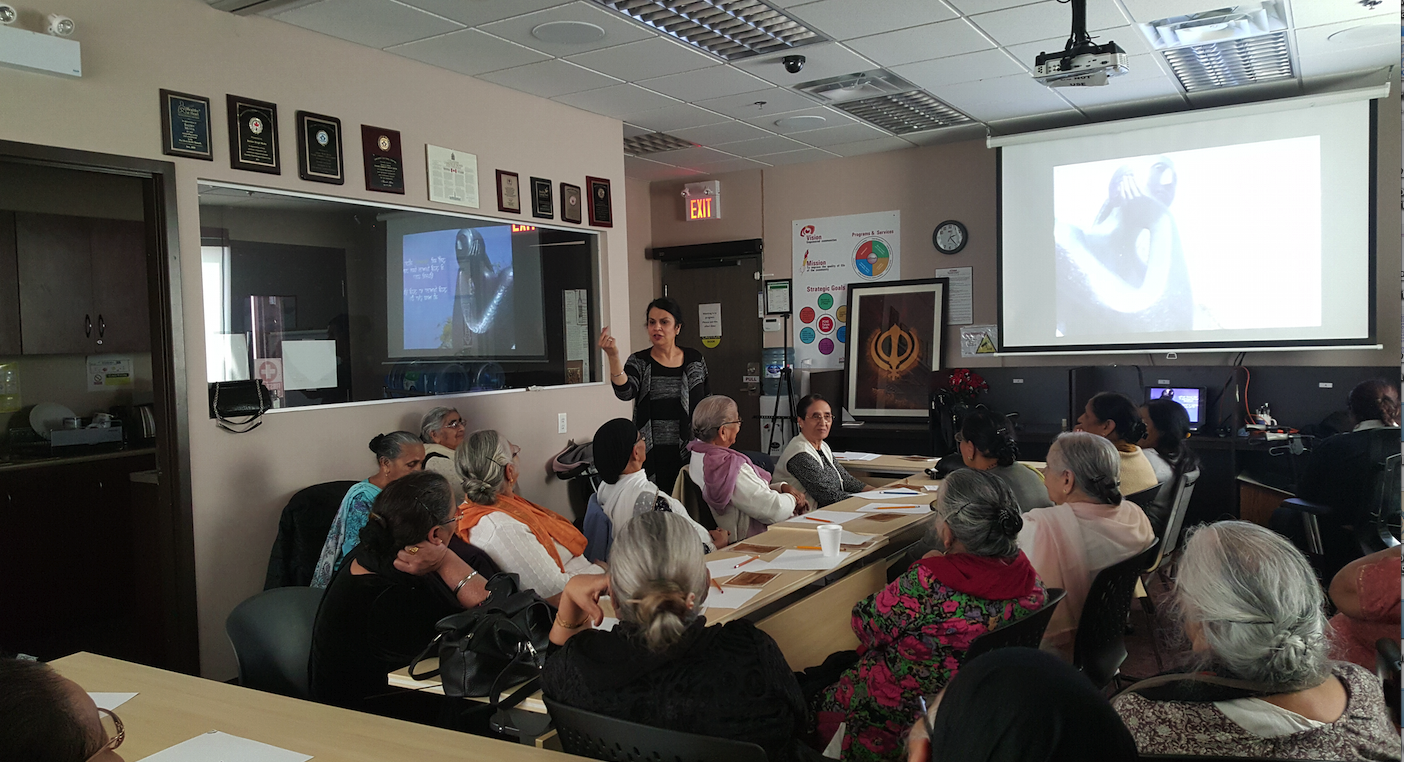 Attentive, engaged, alert  are three words that come to mind when i describe the lovely senior ladies I met at  a workshop held at PCHS early last month. The objective was double fold. One was to introduce them to Reflective Mantra Art , which they seemed to embrace passionately. The second was to make them aware of  The Power Of Thoughts.  The affect of thoughts on health, wealth and relationships.

They were asked to reflect on the following question,” Do you know or have known anyone who is a constant complainer, or always broke or always talking about their ailments?” They noted the behavior of such people. The conclusion that they reached was that typically such people are never happy with any situation, are financially challenged and more often than not sick with things like high blood pressure, arthritis ,diabetes or just common colds. It became clear that the constant pattern of negative thinking was influencing what they were manifesting for themselves. They then examined the behaviours of happy, joyful generally healthy people and how they were able to brush off events that might cause discomfort in their lives. It was amazing to see the connections they were able to make and then apply them to their own lives and ahem! of course spouses. In the end they were all smiling:))))

These senior ladies are totally awesome. Groups like theirs seem to be a forgotten by our society. They have contributed much to their families and now need nurturing. PCHS are doing a fantastic job by providing workshops that empower them in many ways – like learning how to bank online.

I learnt so much from you.