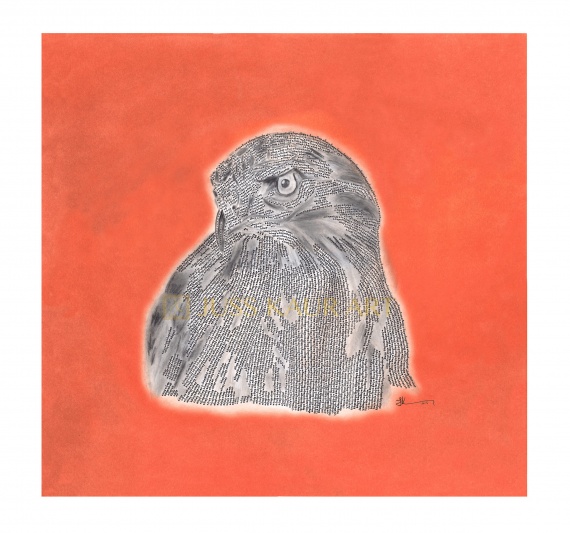 Falcons have powerful, spiritual meaning in the lives of Sikhs. To infuse his Sikhs with worth and valor the Tenth Guru used trained falcons to intercept messenger pigeons in the Mughal Empire. The pigeons were never harmed by these powerful birds of prey. The tenth master Guru Gobind Singh Ji had many titles bestowed upon him, one of the most beautiful was ‘baaja wala”, the keeper of the falcon. With His Divine Touch, the Warrior falcon became a Saint. Symbolic of the fearless warrior spirit in the saint, the falcon reminds us to be constantly aware and alert of the ongoing battle within.

The word, Waheguru – ਵਾਹਿਗੁਰੂ– is pronounced “Wah-hay-guroo”. Wahmeans Infinite, hay means Thou, and Guru means Higher Self, or the Divine Teacher within each sentient being.

Be the first to review “The Warrior Saint” Cancel reply