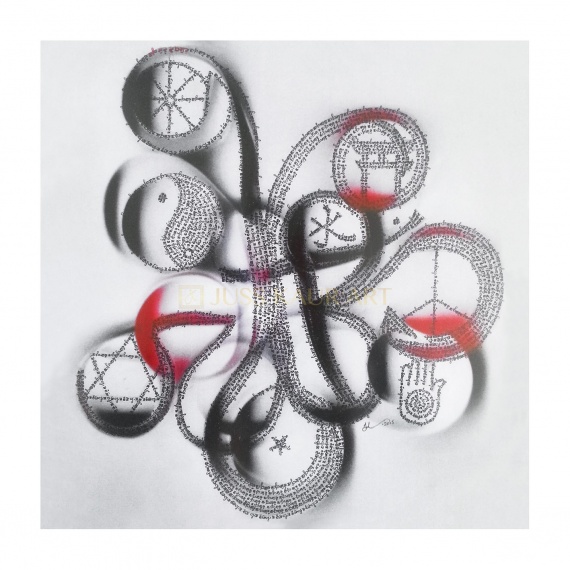 Love for all
Malice towards none.

Mazes have been a part of human culture for thousands of years—but what compels us to wander through winding pathways in order to find a single, hidden exit?

Religion springs from the deepest need of one’s inner being. When this inner being comes to the fore and looks around, it feels God’s all-permeating Immanence; and when it looks up, it feels God’s all-surpassing Transcendence as its own divine heritage. There are many, many paths in life.  It does not matter really which path you follow, but if you remain on the path, where are you going to arrive?  When will you get to the ‘other end’?

The word religion comes from the Latin word re ligere. Re means again and ligere means to tie.  Religion can be seen as a path that takes us on a journey to unite with the Divine, a means to an end. Religion must take you somewhere, but then the religion must end because you have gained freedom; you have gained salvation, and so religion has finished its work.

What need is there then for religion?

Every religion proclaims the cardinal principles of Truth, Righteousness & Love. The underlying unity between scriptures of all faiths also bear an unmistakable testimony to the ‘Universality’ of Religion. This maze shows 12 symbols of some of the prominent religious paths. The same mantra written in each one speaks to this universality. Does it matter which mantra it is? As long it takes me to the exit?

The word, Waheguru – ਵਾਹਿਗੁਰੂ– is pronounced “Wah-hay-guroo.” Wahmeans Infinite, hay means Thou, and Guru means Higher Self, or the Divine Teacher within each sentient being.

Be the first to review “The Maze” Cancel reply