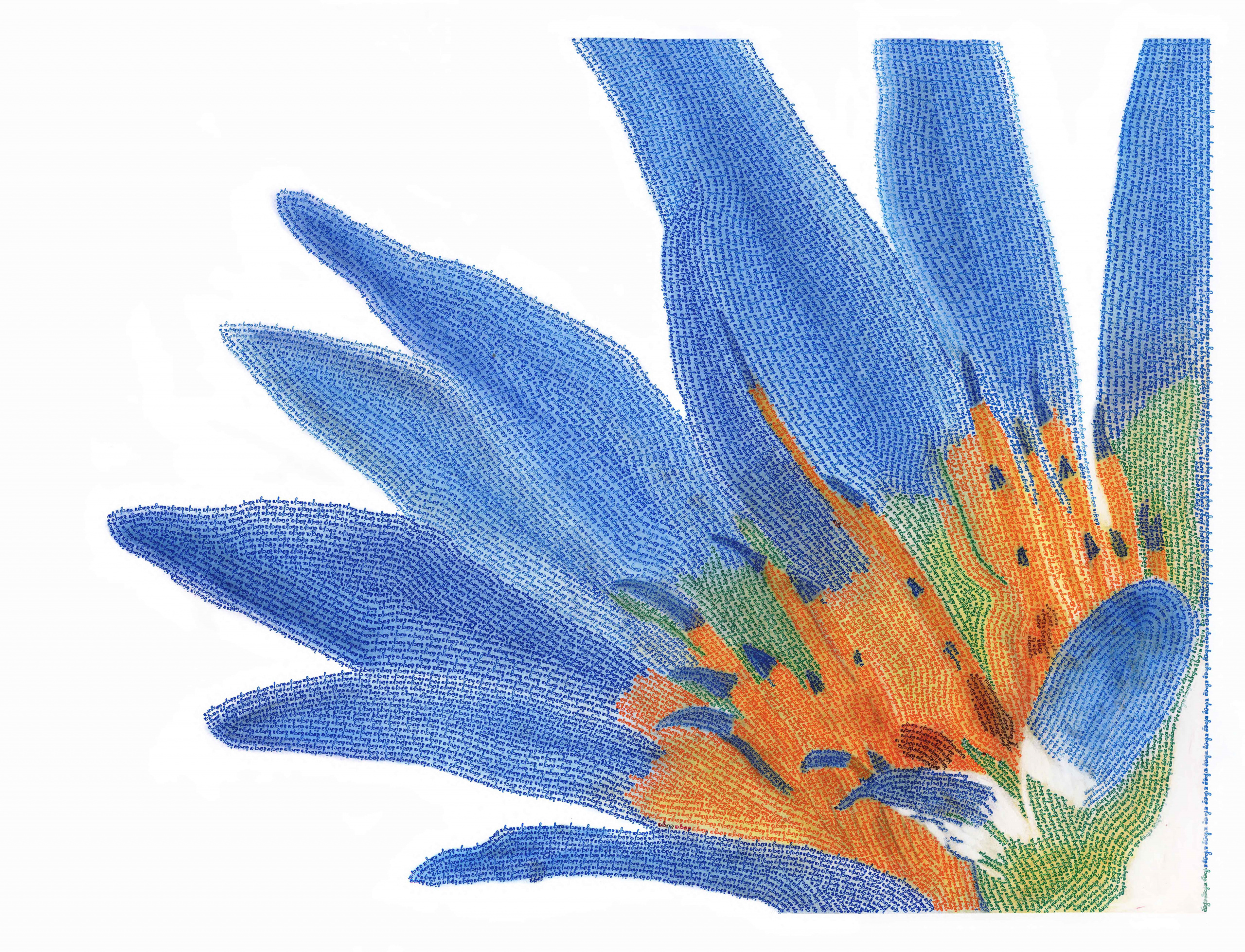 The heart-lotus deep within has blossomed forth, and through the Guru, spiritual wisdom has been awakened within.

The blue lotus, also known today to be a water lily, has been steeped in symbolism since the time of the Egyptians, where it was used as a metaphor for creation, rebirth and of the sun, due to the way it raises out of the water, over a small period of time, flowers in the morning to the late afternoon, before sinking below the surface again. It also plays a key role in Buddhism where its color is thought to be associated with a victory of the spirit of self, that is to say being able to leave wisdom, intelligence, and knowledge behind and becoming open to spirituality and the attachment to life. Inspired by the above sentiment, this pastel and pen painting reflects on the presence of the Divine within oneself which one becomes increasingly aware of as one becomes detached from the illusory world.

Be the first to review “The Blue Lotus” Cancel reply