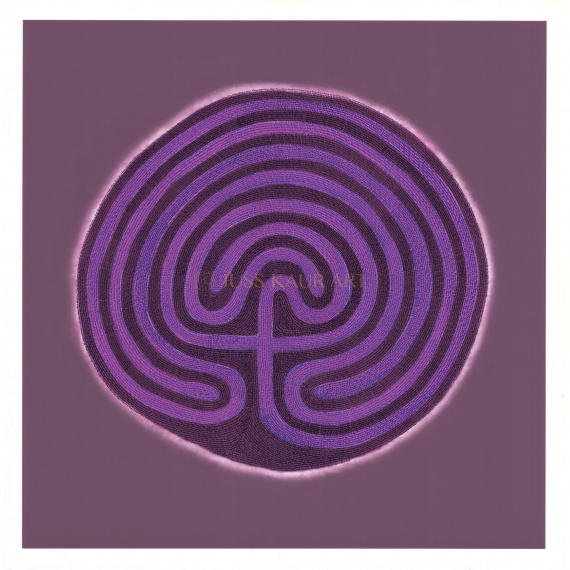 The Seven-Fold Labyrinth, an archaic Celtic design represents spiritual development of the human being. It is said to have originated during Paleolithic times and it can be seen throughout the globe at various locations in the form of a seven-layered maze. Each layer corresponds to one of the seven chakras or energy focal points in the body.

What is the Riddle and Its Significance?

The riddle of the Seven-Fold Labyrinth is “How does one find one’s way out from its center?”

This question represents the idea of the soul’s journey out through the seven sheaves of delusion until it reaches the spiritual level where it becomes one with the universe.

There is a certain geometric key at its center from which the labyrinth can be created. When we take the key to creating the labyrinth and turn it inside out and outside in (see diagram below)- we find wholeness. This is the only way to get out of the labyrinth. The square with a perfect circle inside and a dot in the center is the symbol of gold in Alchemy. This symbol is actually the basis for all geometry as it contains all the basic shapes. It also stands for the highest spiritual level an individual can achieve. The symbol is the way to create the Vesica Pisces – the beginning for the Universe. Continuation of this creates the Seed of Life, then the Flower of Life, and on to all that was created and exists.

The Sevenfold Labyrinth of Light  –  A beautiful 3-minute video to show the journey to the center of oneself.

The word, Waheguru –ਵਾਹਿਗੁਰੂ – is pronounced “Wah-hay-guroo.” Wah means Infinite, hay means Thou, and Guru means Higher Self, or the Divine Teacher within each sentient being.

Be the first to review “Sacred Geometry III: The Sevenfold Labyrinth” Cancel reply