FREE WORLDWIDE SHIPPING
View cart “The Blue Lotus” has been added to your cart. 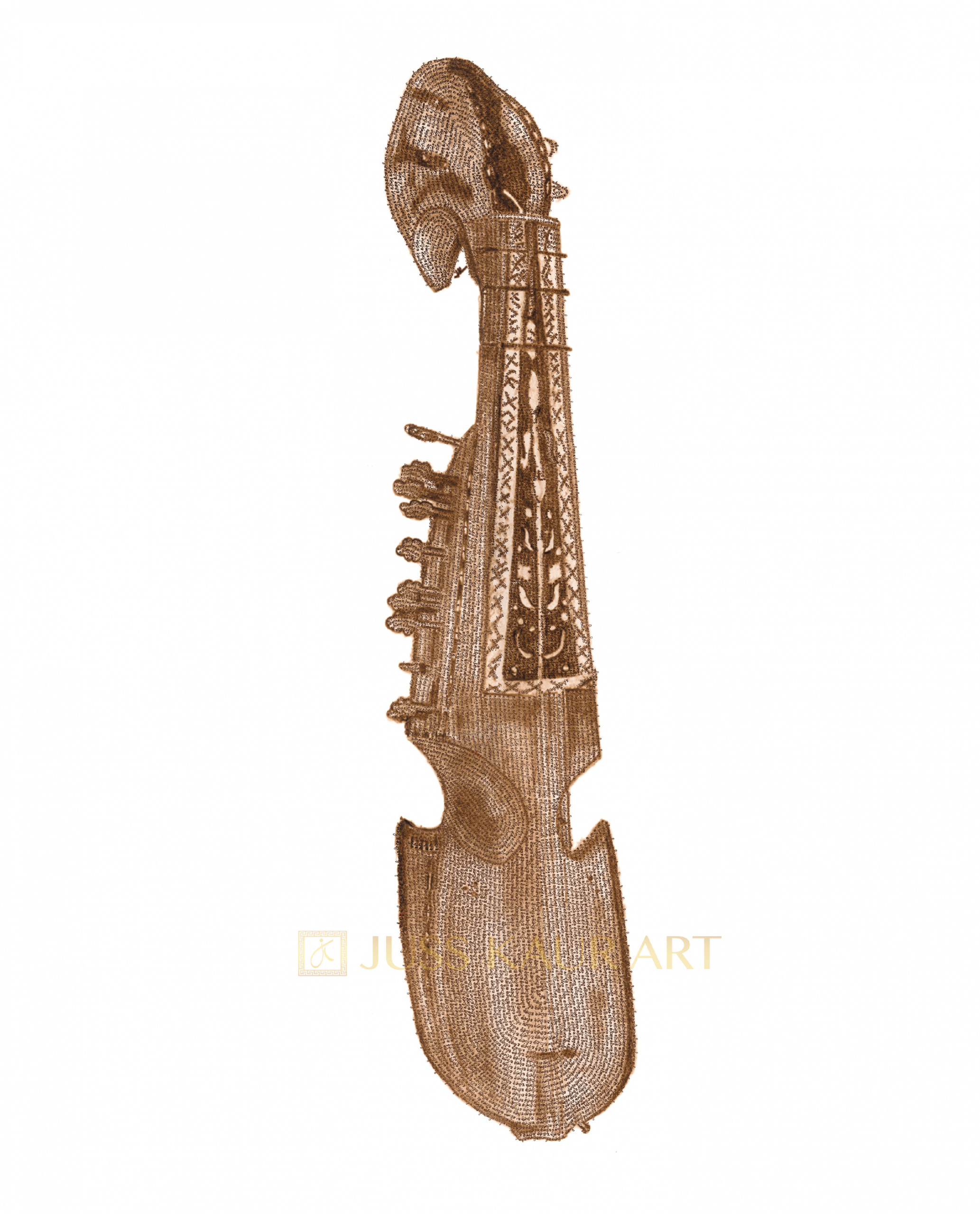 Rabab: The Shadow of Guru Nanak

If ever your life is out of tune, and no music soothes the soul,
Seek out the Master whose gentle touch will bless you and make you whole.

The Rabab was given to Guru Nanak Dev as a present from Bebe Nanaki, his elder sister. India houses many types of Rababs which vary from region to region. The Sikh Rabab is called the ‘Firandia’ Rabab. which was created by Bhai Firanda, who was instructed by Bebe Nanaki to make. Guru Nanak gave this Rabab to Bhai Mardana, his dear friend, to play and accompany him on his travels. Wherever Guru Nanak sang, the Rabab followed with such grace and majesty. This is where the tradition of ‘Kirtan,’ the singing of hymns, began. The Rabab, which was played by his beloved companion Bhai Mardana, followed Guru Nanak as a shadow for 27 years on his travels around the world. (SikhMusic.com).

Inspired by the above sentiment, this pastel and pen painting reflects on the spirit, like a musical instrument, realizing that it is out of tune and calling out to the Master for transformation through His touch. The word, Waheguru – ਵਾਹਿਗੁਰੂ– is pronounced “Wah-hay-guroo.” Wah means Infinite, hay means Thou, and Guru means Higher Self, or the Divine Teacher within each sentient being.

1 review for Rabab: The Shadow of Guru Nanak