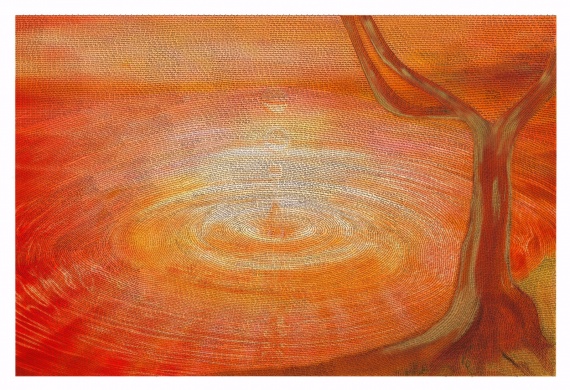 The drop is in the ocean, and the ocean is in the drop. Who understands, and knows this?

Kali Bein, a rivulet in Punjab, India flows into the confluence of the rivers Beas and Satluj. It is believed that Guru Nanak, the first Sikh master, attained enlightenment here. One day while taking his daily bath he disappeared. Everybody except His sister Nanki thought that he had drowned. She was convinced that no stream or river could drown or carry away Nanak, who intuitively recognised His Divinity. He reappeared after 3 days. This mystical story challenges us to understand how it was possible for a person to go missing in a river for three days, without food, air and water?

According to His own words, Nanak, the First Sikh Master, merged with and became Divine Consciousness during that time. He experienced and realised that He was the drop and the ocean at the same time. He also explained that there is only ONE – Ik (੧) – nothing else. God is omnipresent. There is nothing else, only God. As the analogy of the drop and the ocean suggests we are part of the whole. However, we have not realized this and live in a world of illusion, the materialistic realm, thinking that we are separate. Only when we emerge from this realm do we realize that everything, everywhere and everyone is the same divine consciousness.

The Waheguru (vwihgurU) mantra written all over this painting is a testimonial to that very omnipresence. Nanak became enlightened and was able to experience this omnipresence and thus taught that we are not defined by our differences nor our boundaries of religion and caste.

Be the first to review “Omnipresence” Cancel reply