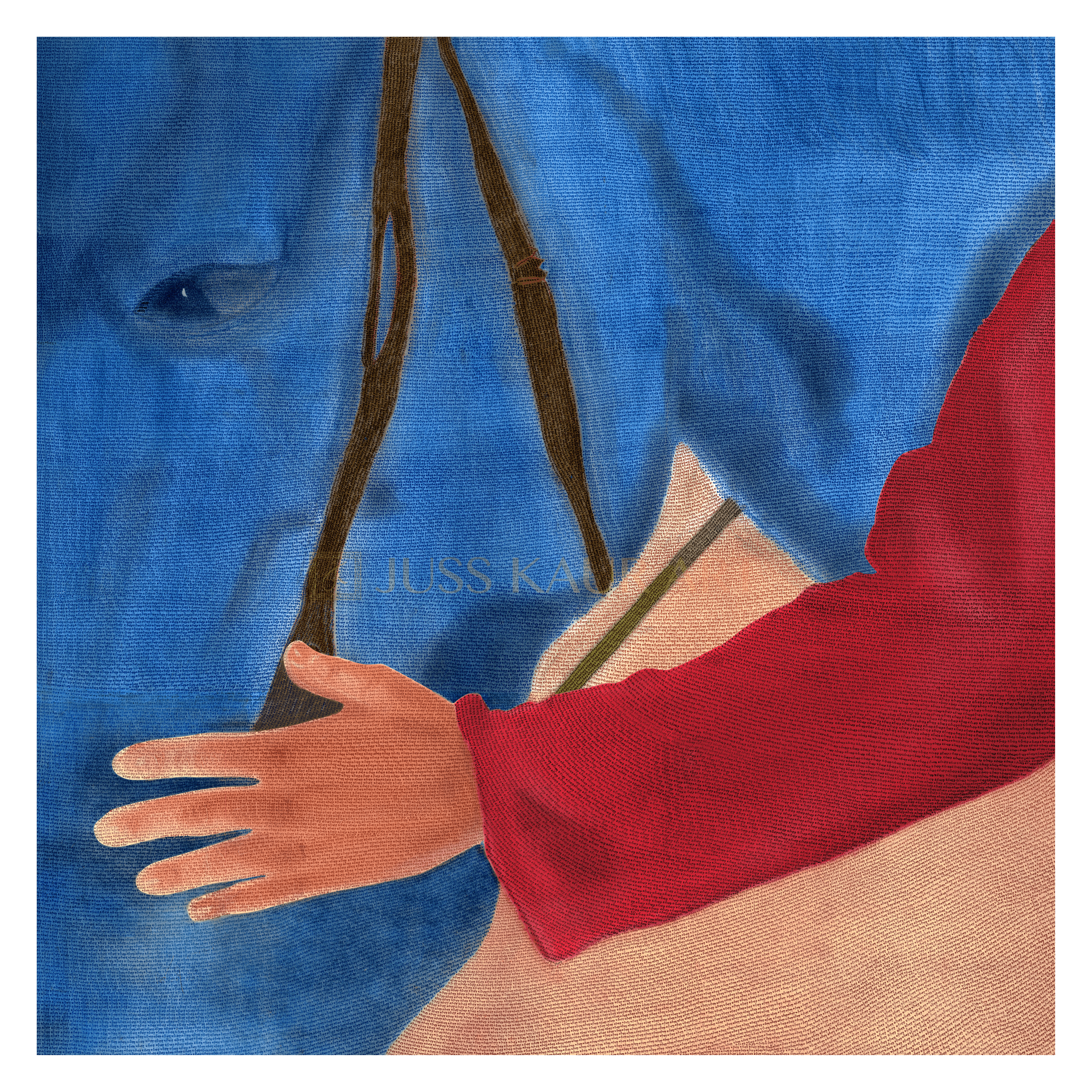 I reached out to touch Him with my nose
and nickered a soft welcome.
I hungered for that tingly chill and delightful warmth
which spread through my body
whenever He touched me or looked into my eyes.
I had begun to live for my Master’s touch.

Guru Gobind Singh, the tenth Sikh Master, was famed for his blue-colored horse. He was known as ‘Neelay ghoray vala,’ or the owner of the blue horse. The two had a very special bond.

Horses are known to be very sentient beings. Imagine what Neela must have felt when His Master touched him, let alone rode him. How blessed Neela must have been to have had the opportunity to serve such a Master.

Inspired by the above poem, written from the horse’s perspective, this pastel and pen painting reflects on the presence of the Divine in the horse that stemmed from his Master’s Touch.

The word, Waheguru – ਵਾਹਿਗੁਰੂ – is pronounced “Wah-hay-guroo”. Wahmeans Infinite, hay means Thou, and Guru means Higher Self, or the Divine Teacher within each sentient being.

Be the first to review “My Master’s Touch” Cancel reply