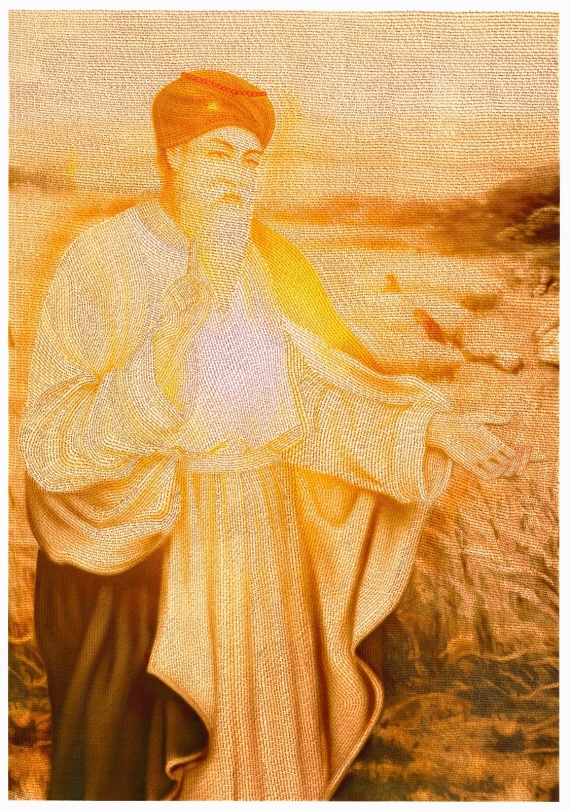 The Divine Light has dawned, and I am absorbed in the Light.

According to His own words, Nanak, the First Sikh Master, merged with and became Divine Consciousness. Guru Nanak, was one of the greatest religious innovators of all time and the founder of the Sikh religion; a revolutionary, a singing wandering minstrel who expressed his thoughts in extraordinary poetry that forms the basis of Sikh scripture. Nanak set out on a set of spiritual journeys through India, Tibet and Arabia that lasted nearly 30 years. The most famous teachings attributed to Guru Nanak are that there is only one universal presence, and that everyone can have direct access to it. Thus, everyone is equal, regardless of caste, colour, race or gender.

He revealed that there is only ONE – Ik (੧) – nothing else.
The Universal Presence is omnipresent. There is nothing else, Only the Infinite.

He empowered and emancipated all by showing that no rituals, no priests, no temples, no intermediaries are required to realize this Presence. As the analogy of the drop and the ocean suggests we are part of the whole. However, we have not realized this and live in a world of illusion, the materialistic realm, thinking that we are separate and thus wander blindly in the darkness. It is only by going deep within the ocean of silence of one’s individual consciousness that this Presence is revealed though sincere contemplation.

The Waheguru –  vwihgurU – mantra written all over this painting is a testimonial to that very omnipresence. Nanak recognised His Divine sonship. Thus, enlightened he was able to dispel the darkness of illusion.

The Divine Light has dawned, and I am absorbed in the Light.

Be the first to review “Mainda Baba Nanak” Cancel reply